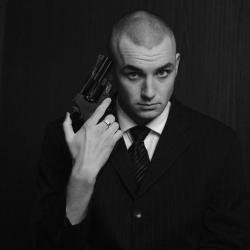 “The kind of artistic anomaly that leaves you ravenous for more.” - EARMILK

“a force to be reckoned with” - EQUATE

The follow-up to his powerful offering ‘The Riddler’, the young Dubliner takes a more mellow approach on ‘Head Highs’ as he details the sensual moments that come from love and intimacy. His smooth delivery meanders between spoken word and rap over a hazy hip-hop beat provided by Cork producer Jar Jar jr, resulting in a sophisticated cut that oozes seduction.

Speaking of the track, Malaki explains: “Intimate moments are birthed from love. Those moments of pure bliss we truly treasure forever. “Head Highs” tries to capture some of those moments and the feelings that exist within them, no matter the brevity of time.”

Championed by the likes of BBC’s Jack Saunders and BBC Introducing, as well as appearing on Ireland’s The Late Late Show, Malaki is breaking through as one of Ireland’s most prolific young talents. Not afraid to share his vulnerable side, his music fuses personal expression with piercing social and political commentary, and at just 21 years old he’s showing incredible promise. Further support comes from CLASH, Earmilk, Fred Perry and District Magazine, while a headline show at The Camden Assembly is confirmed for 7th December 2021. With his EP ‘DFTTYM’ (Don’t Forget To Take Your Medicine) due in August, Malaki is a refreshing talent with a big future ahead.