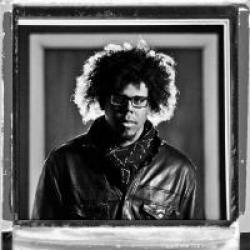 Singer, songwriter and multi-instrumentalist Jake Clemons has good news for his fans in Ireland.
The musician (who also serves as saxophone player for Bruce Springsteen and the E Street Band)
has recently released his latest album with BMG and is announcing Part Two of his “Fear & Love Tour - Ireland
Edition”…. From October Oct 18th to 22nd to play venues he didn’t make on his last tour.

2017 has been a big year for Jake with the release of Fear & Love in January with appearances on
The Tonight Show with Jimmy Fallon, E Street Radio, Rolling Stone Radio, Howard Stern Wrap
Up Show and more. Plus the song All Undone was just named the “Coolest Song In The World” on
Little Steven’s Underground Garage a few weeks ago.

Fear & Love was produced by Jake Clemons and Ryan Swinehart (Last Bison) and engineered by L
Stu Young (Prince) and Geoff Sanoff (Darlene Love, Bruce Springsteen.). The album was recorded
at A Room With No VU –Empire Studios in Belleville Ontario, Steve Van Zandt’s Renegade Studio
in New York City, Sick Island Studios, Nashville and mixed at House of Blues Studio “D” in Nashville.
Fear & Love features the musician offering a bewitching hint of how much he has to say as an
artist and how eloquently he says it.

Reflecting on the album Jake says: “Fear & Love is a journey that forges through loss & hardship
and attempts to reconcile those challenges until finding its way to the freedom of being vulnerable
and honest, mostly with yourself.

Creating his band in 2010, Clemons has divided his time amongst touring the world with his own
music (performing at venues and legendary ‘Living Room’ shows across the globe) and spending
the last five years as the tenor and baritone saxophonist with Bruce Springsteen’s E Street band
(stepping in for his Uncle, the late Clarence Clemons.)
Clemons explores a range of emotions through the eleven song CD, beginning with a cacophony of
hurricane warnings and culminating into an exhilarating collision of restlessness and romance.
Singing, playing guitar and a multitude of other instruments (including the muscular tenor saxophone
heard in the songs “Undone,” “Just Stay” and “A Little Bit Sweet,”) Fear & Love is the newest
chapter in Clemons’ musical journey.

Reflecting on his new release, Jake states: “The idea of having a theme and a concept for each
record is due to a conversation that I had with Bruce.” “Fear & Love is more introspective than his
previous releases. This album reflects the ‘right now” that you feel inside as opposed to the ‘right
now’ that is external.”